The Canine Unit is composed of two dogs and their handlers, Officer Shane Music and K-9 Aron, and Officer David Duncan and K-9 Agent. Officer Music and K-9 Aron teamed up and have been patrolling our city since 2015. Officer David Duncan and K-9 Agent have been serving the community together since 2018.The Canine Unit responds to calls from other units within the department on a 24 hour basis and assists agencies outside Frankfort upon request.

The Canine Unit currently handles canines capable of patrol and narcotics detection. They are trained to locate marijuana, powdered cocaine, crack cocaine, methamphetamine, and heroin. The canines are utilized to track, search buildings, search for articles and apprehend criminals by biting when the situation is serious enough and no other means of apprehending the suspect are available. Tracking uses the dog's keen sense of smell to detect and follow human scent.

The Canine Units have been deployed to track not only criminals who have fled the scene but also missing elderly individuals and lost children. Building Searches of commercial businesses are conducted by a canine team. Using the dog's sense of smell and speed is a more tactically sound method of locating a suspect or suspects who are hiding inside a building. This practice minimizes the risk to officers and affords a suspect more incentive to surrender. The sound of a bark is often times all it takes.

Article searches are conducted when a person has either lost or thrown an item while committing a crime. Using the dog's olfactory abilities, the canine is given an area to search and within a matter of moments the canine can locate the item even in a large area. Often it is more effective to deploy a canine in an area where there is poor lighting, heavy brush, or an area is too large to be searched visually.

Criminal apprehension is used when an individual that is involved in committing a serious criminal act and is in process of actively resisting arrest; poses a threat to police officers or other persons if not immediately stopped, and cannot be stopped by any other lesser means. When a police canine is deployed for criminal apprehension, the dog is sent to bite and hold the individual until such time as they can be taken into custody.

The Frankfort Police Canine Unit is active in the community not only by attempting to make the community a safer place, but also in the area of public demonstrations. The canine unit provides demonstrations year round, to school groups both public and private, as well as civic organizations. During these demonstrations, narcotics searches are conducted as well as basic obedience exercises; article searches, agility tests, and simulated criminal apprehension, where our bad guy, wearing protective gear is stopped by the canine.

All canine teams are trained in the areas described before and are tested regularly by the handlers. The canines are certified annually in patrol functions and narcotics detection. The certifying body for the unit is the United States Police Canine Association. This national organization is involved in the certification process for canine units all over the United States. In June of 2006 the Canine Unit proudly hosted the USPCA regional detector dog certifications held in Frankfort, Kentucky. 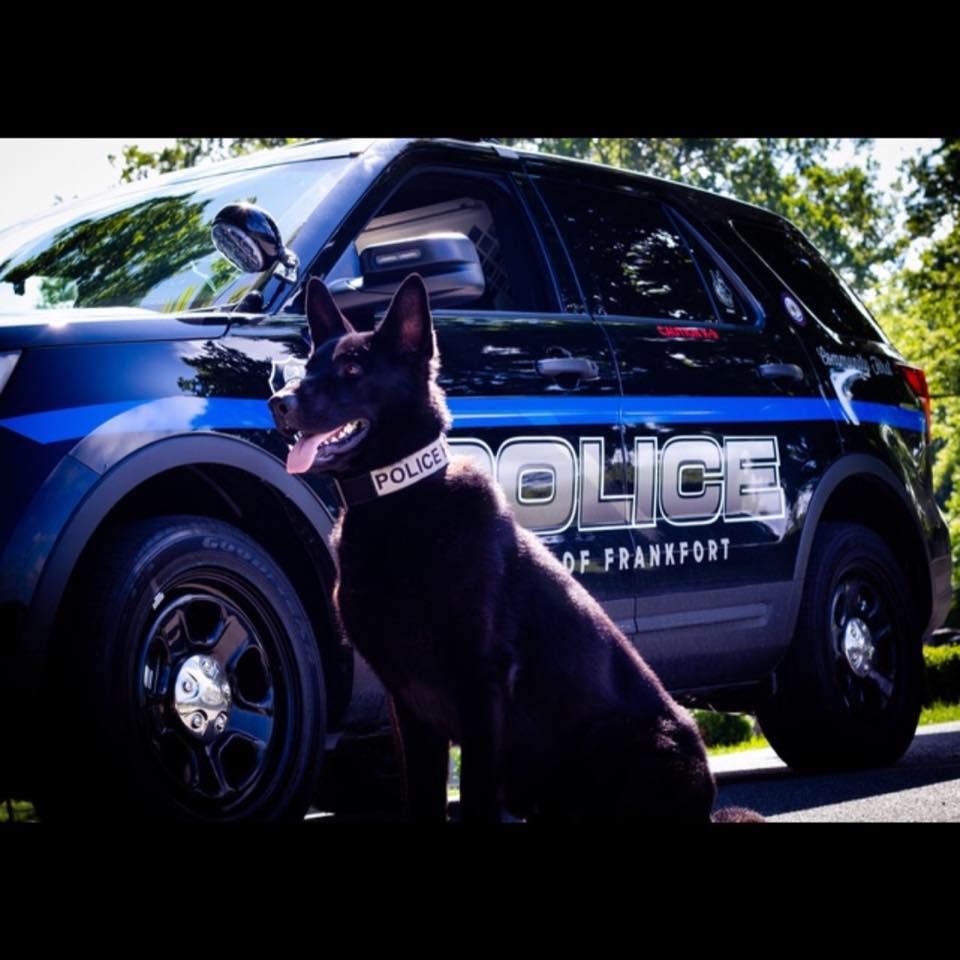