Frankfort has one cable television system channel 10, which is operated by the Frankfort Plant Board. Channel 10 broadcast local public meetings including councils, commissions, school boards and others as well as high school sports. 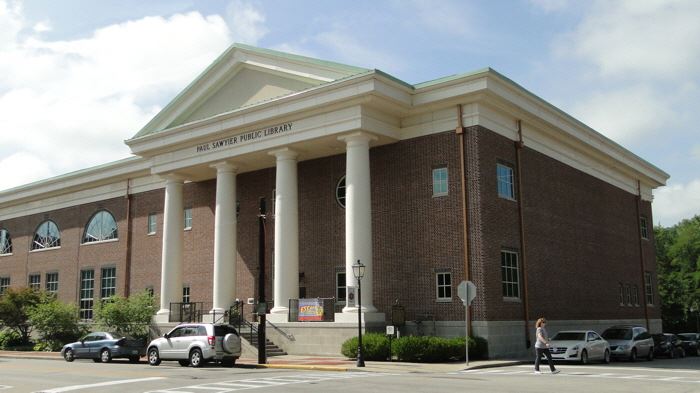 The Grand Theater is a historic movie theater on St. Clair Street in downtown Frankfort. The older section of the theater was built for vaudeville acts in 1910. The newer, larger part of the Grand was built in 1940 as a movie theater; it showed films until the mid-1960s. After many years of use as a real-estate office and auction house, it has been reclaimed as a community center for cultural events. The theater has a full schedule of movies, concerts and live performances.

The origins of Frankfort's Paul Sawyier Public Library date to 1906, when the Woman's Club of Frankfort started a library that was open one day a week. From the mid-1960s through 2006, the library was housed in the former Post Office building on Wapping Street. In 2005, construction began on a new, much larger facility next door. The library moved into its new quarters in November, 2006.  Due to the incredible popularity of the library and public meeting rooms housed within it, the library expanded in 2018 adding more office space, youth services and meeting rooms.